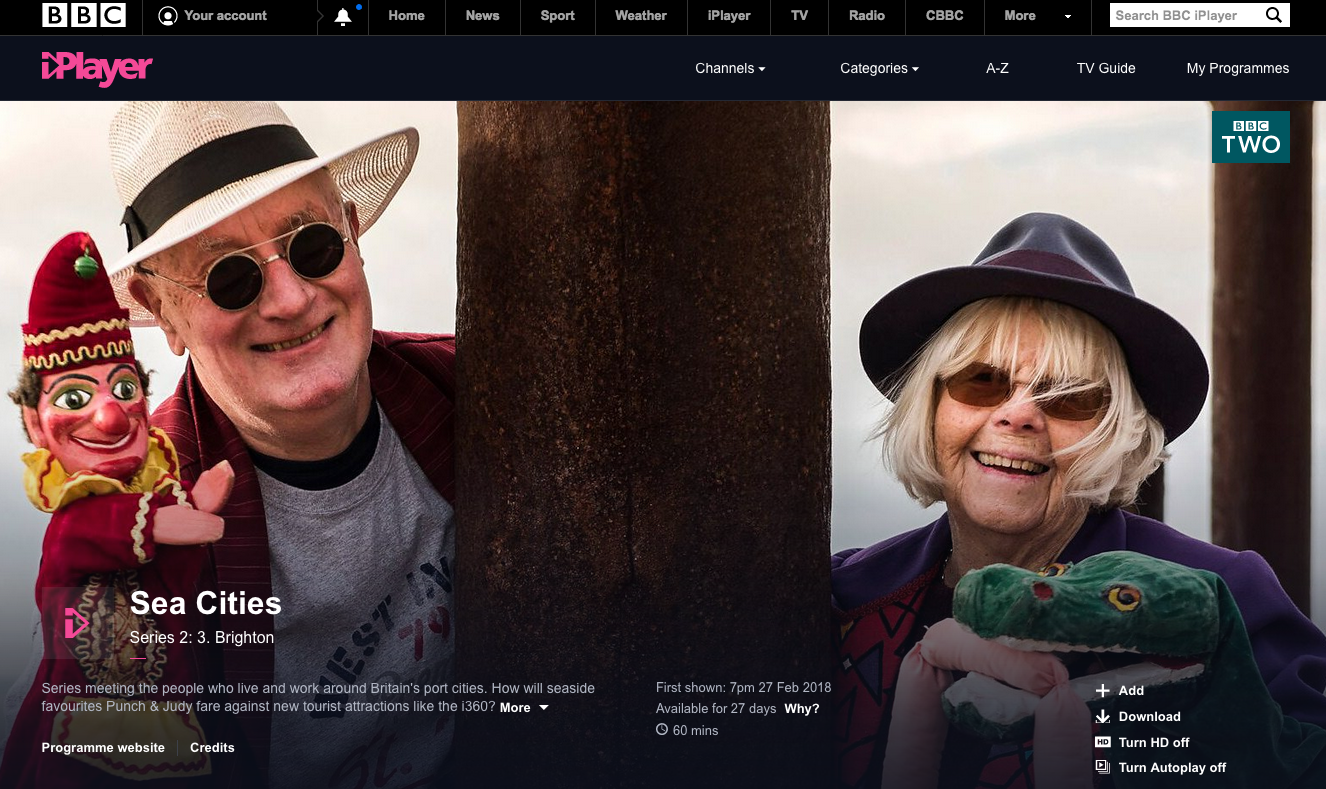 “I was over the moon with the reception of my Brighton film on Sea Cities this week”, says Producer Director Andrew Johnstone. “BBC2 were very happy as the show had 1.7 million viewers. For the slot on Tuesday at 1900hrs and in the current climate that was apparently very good.” The film has been well received in the local Brighton paper, The Argus and coincided with some of the coldest weather the UK has seen […]