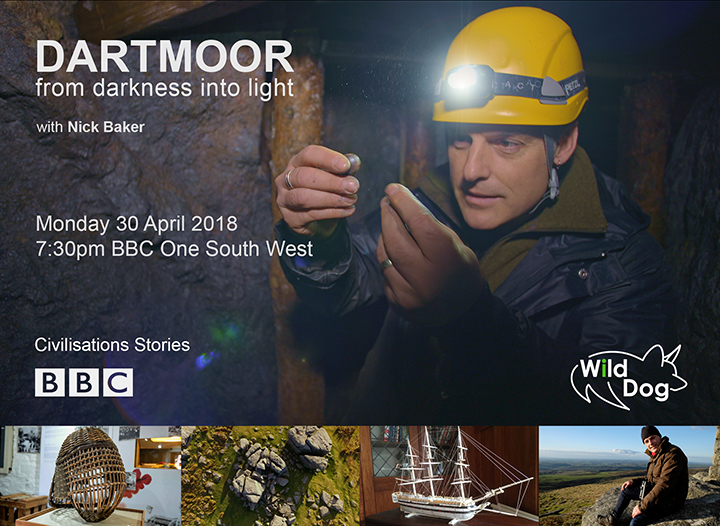 Our film about Dartmoor, part of the BBC’s Civilisations Stories series, will be on BBC 1 South West on Monday 30 April 2018 at 7.30pm.

Presenter Nick Baker journeys across Dartmoor to discover the artists and artisans that brought its wild and raw beauty into the public imagination.

“We filmed in some great locations across Dartmoor and in some wonderful local museums in the RAMM in Exeter and the Museum of Dartmoor Life in Okehampton and locations such as Kelly Mine in Lustleigh.”, says producer Andrew Johnstone. “We have had a lot of help form many people including local art researcher Peter Mason and Dr Jenny Graham from Plymouth University.

“We have also been fortunate to have been able to draw on so much local talent to make the film” says Johnstone. “I’d really like to thank Nick for doing such a great job presnting the film and all my production team including Zoe Clough who has written & directed the film for all their hard work. The film looks and sounds fantastic – thanks in no small part to the work of David Salas, Duncan Chave, Ian Harrold and Owen O’Reilly ”

The film will be on BBC’s iPlayer after transmission.