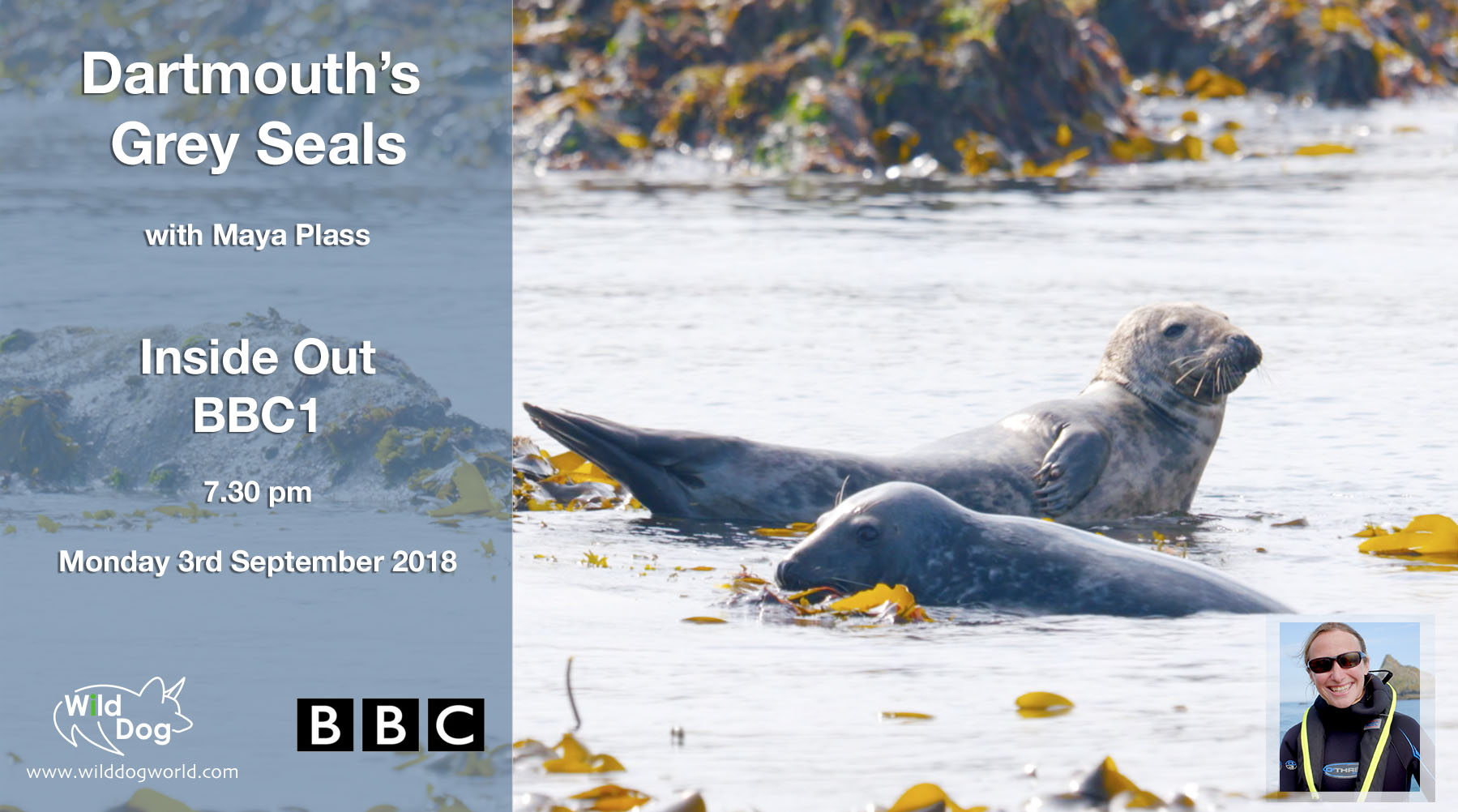 Our film about Dartmouth’s Grey Seals with Maya Plass is on BBC Inside Out on Monday 3rd September at 1930hrs and then after that on BBC iPlayer.

The film looks at how hard it is for the small grey seal colony near Dartmouth to thrive because of pressures from tourism. it features contributions from Stephen Westcott and the Lone Kayaker, retired vet Rupert Kirkwood who’s amazing footage from his travels around the South West in his boat takes a star turn in the film.

We’d like to give a big shout out to our amazing rib skipper Chris Craven from Dartmouth for his nifty boatman-ship that allowed us to get close to film these amazing animals with out disturbing them.

The film has been photographed and produced by Andrew Johnstone, cut by Stuart Philips and exec’d by Sam Smith at BBC.

The film is now available to watch on our blog here.